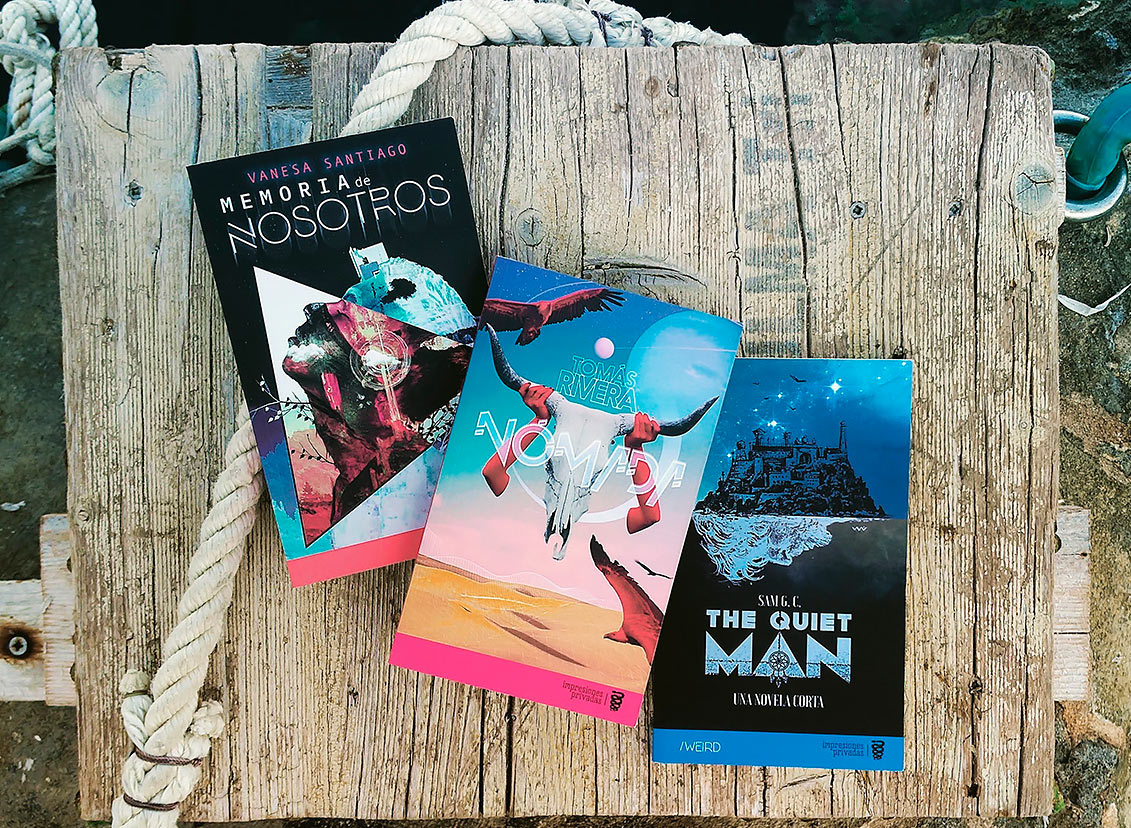 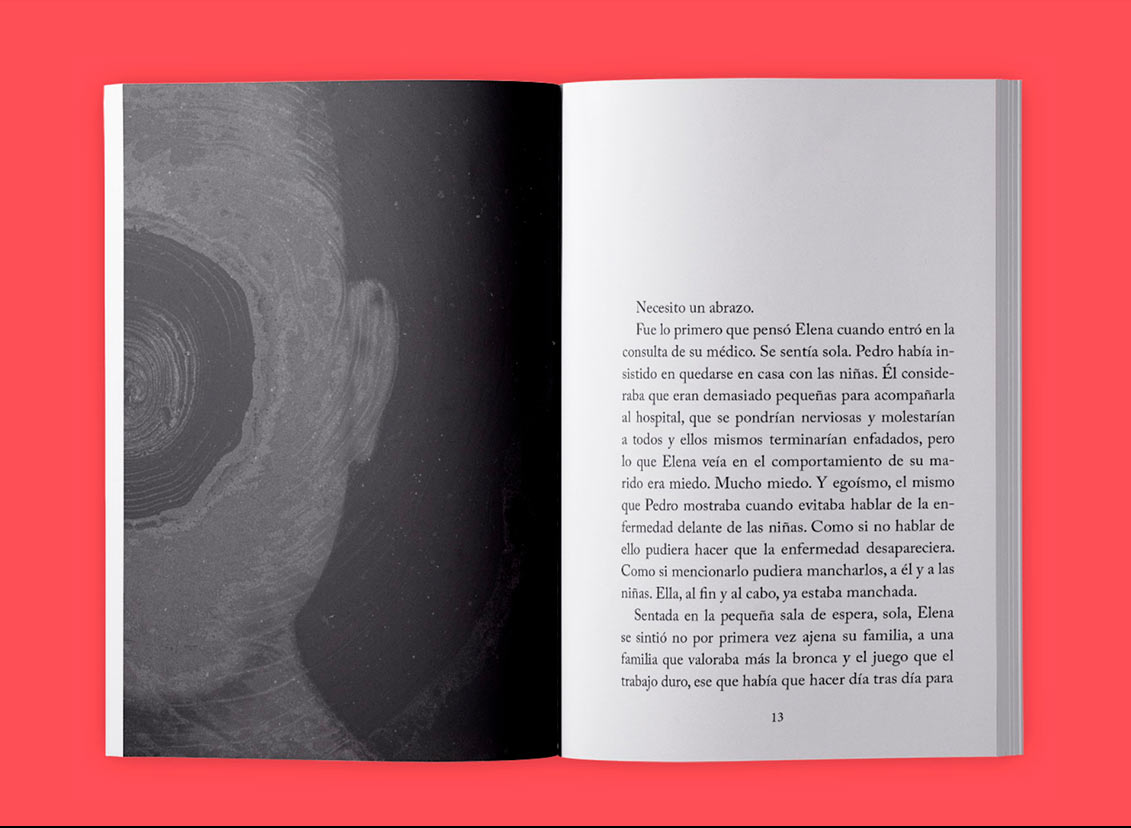 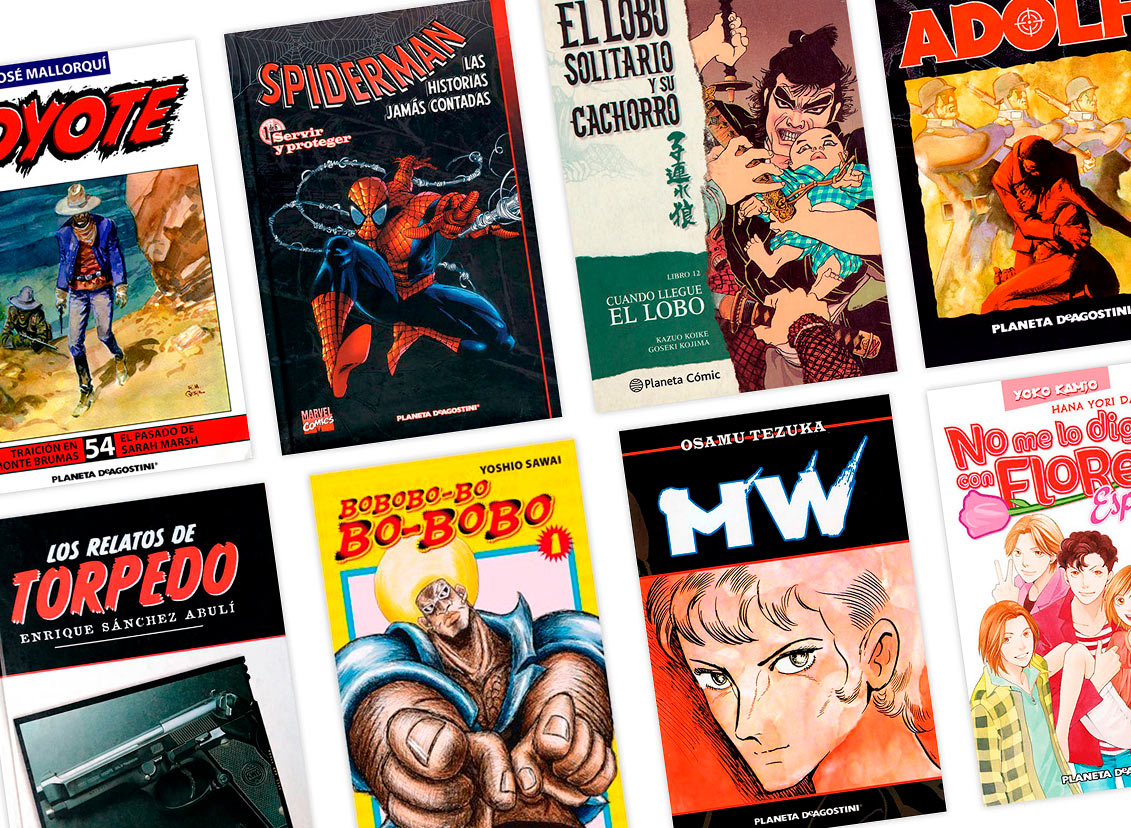 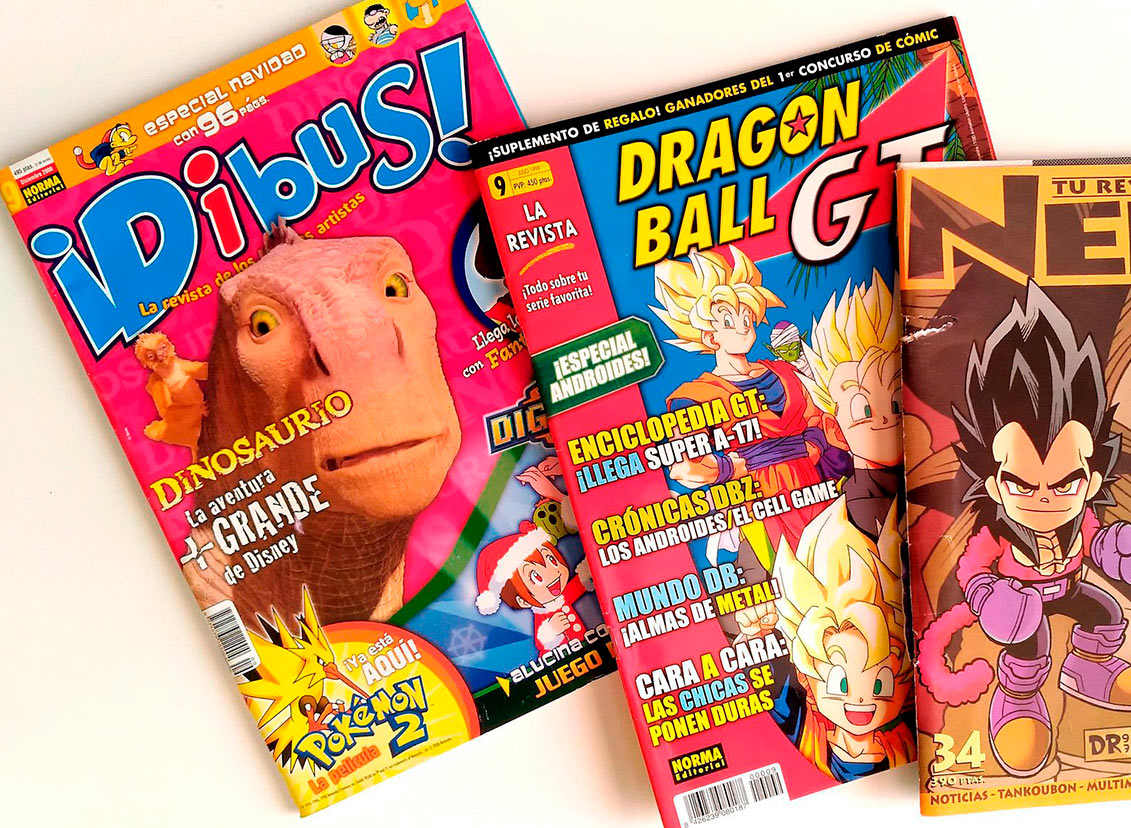 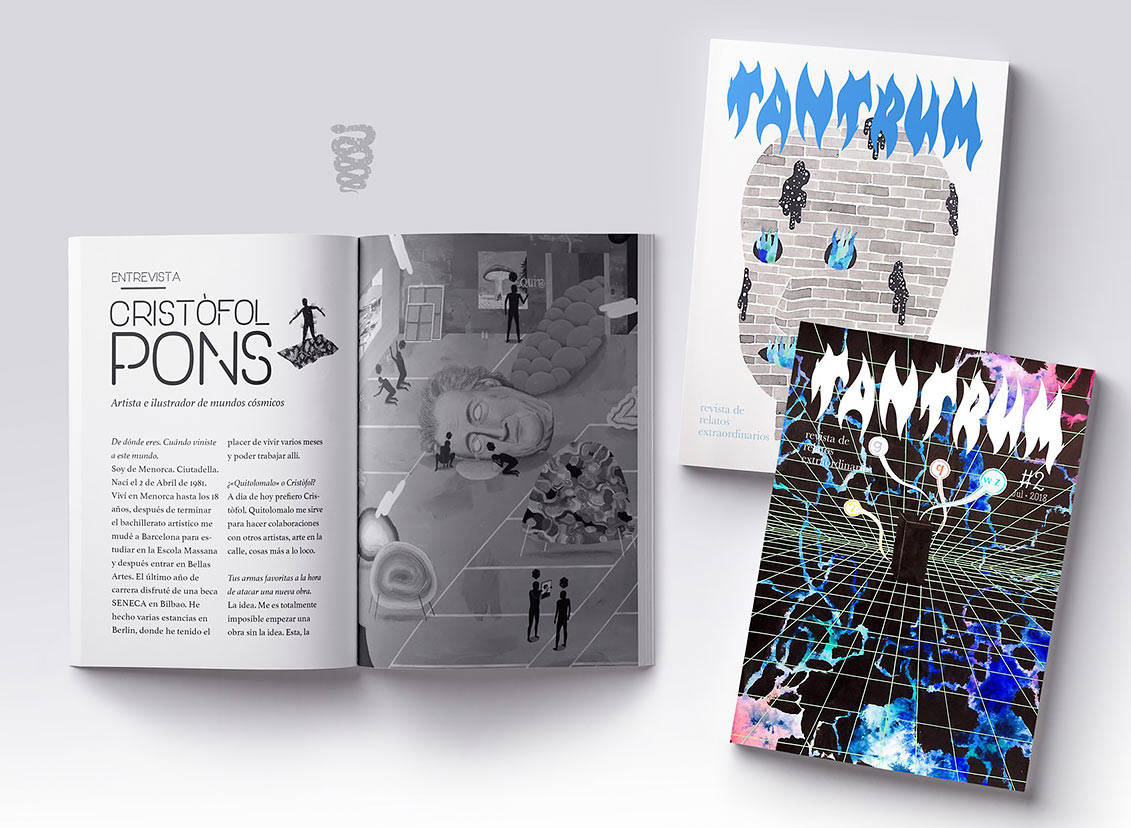 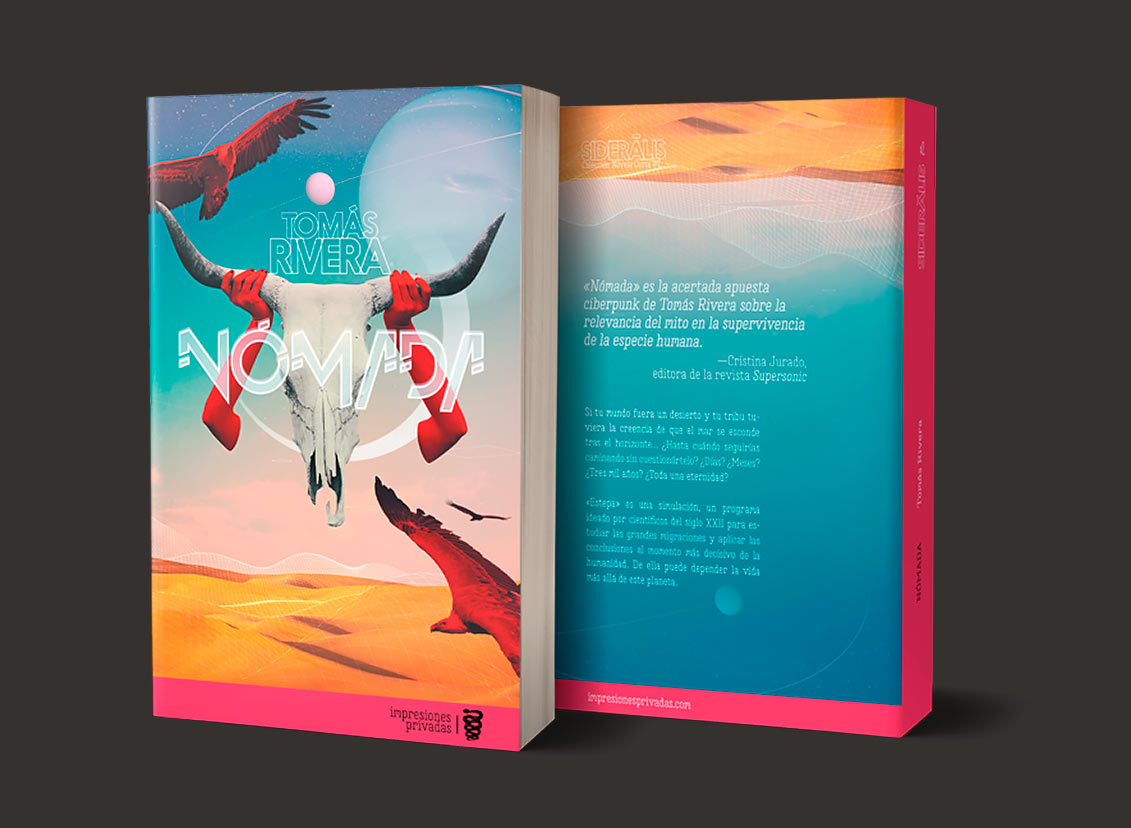 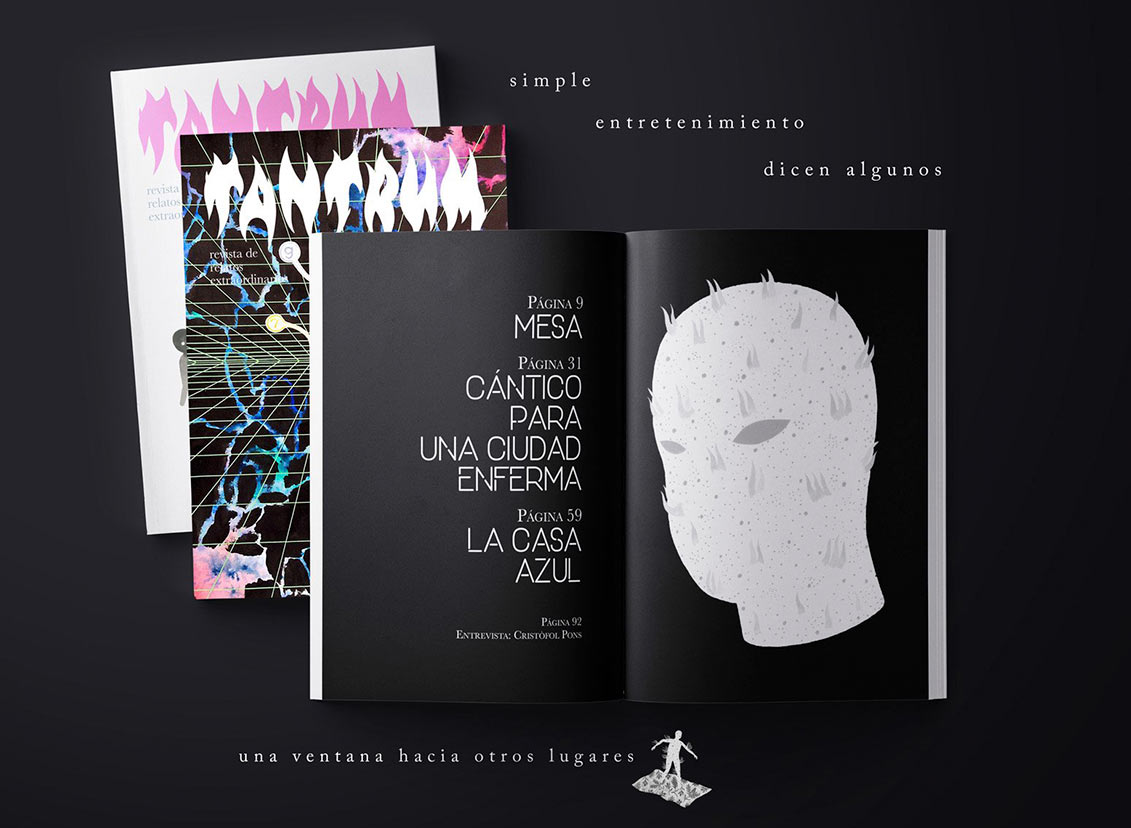 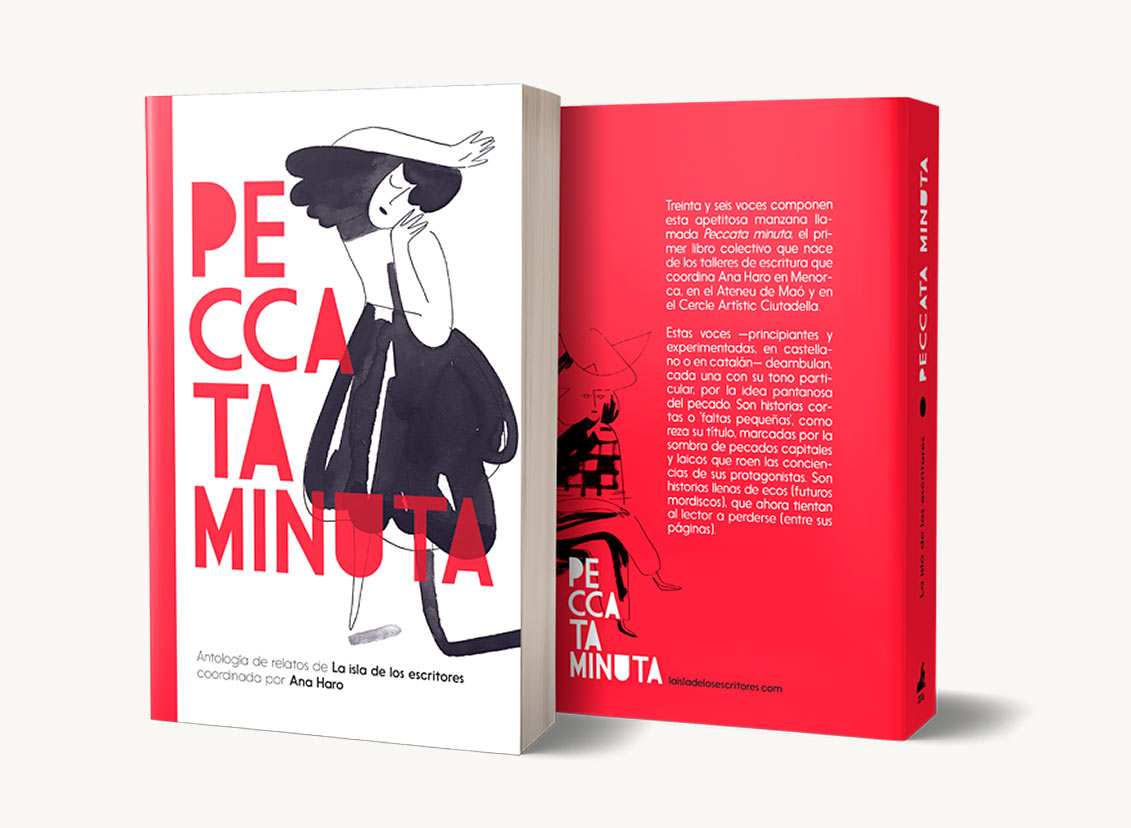 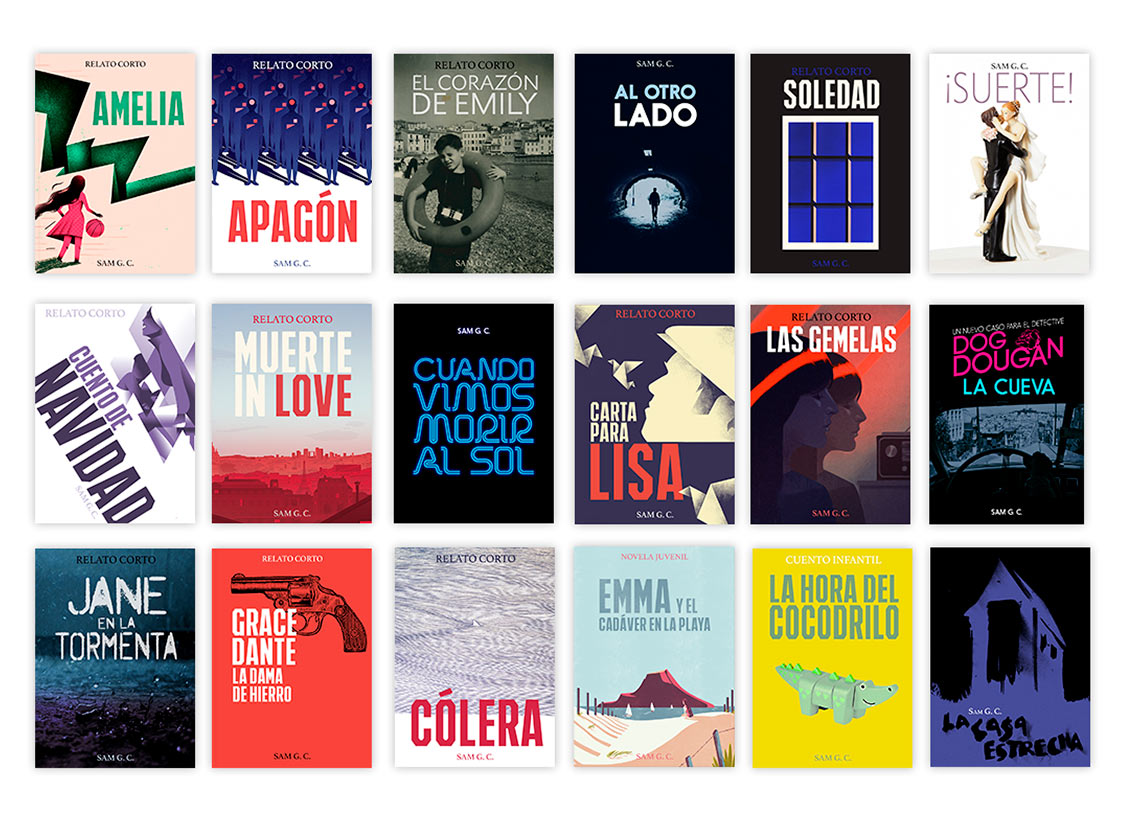 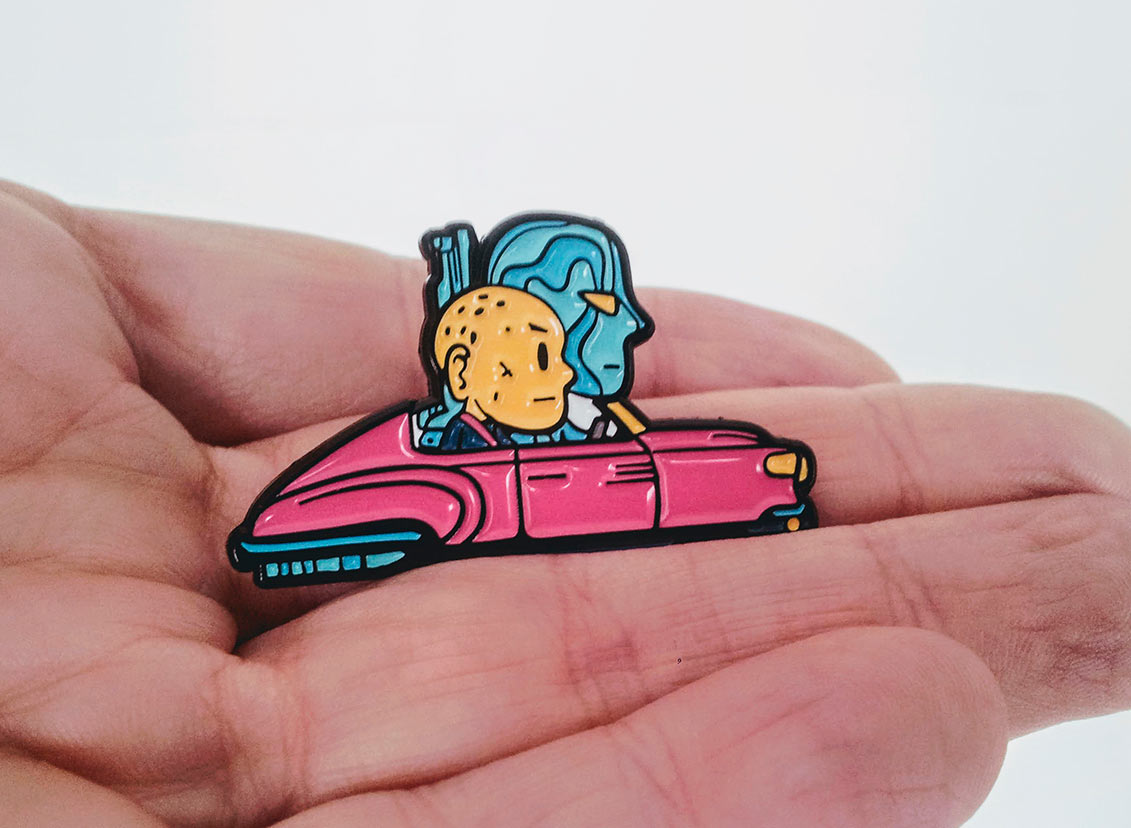 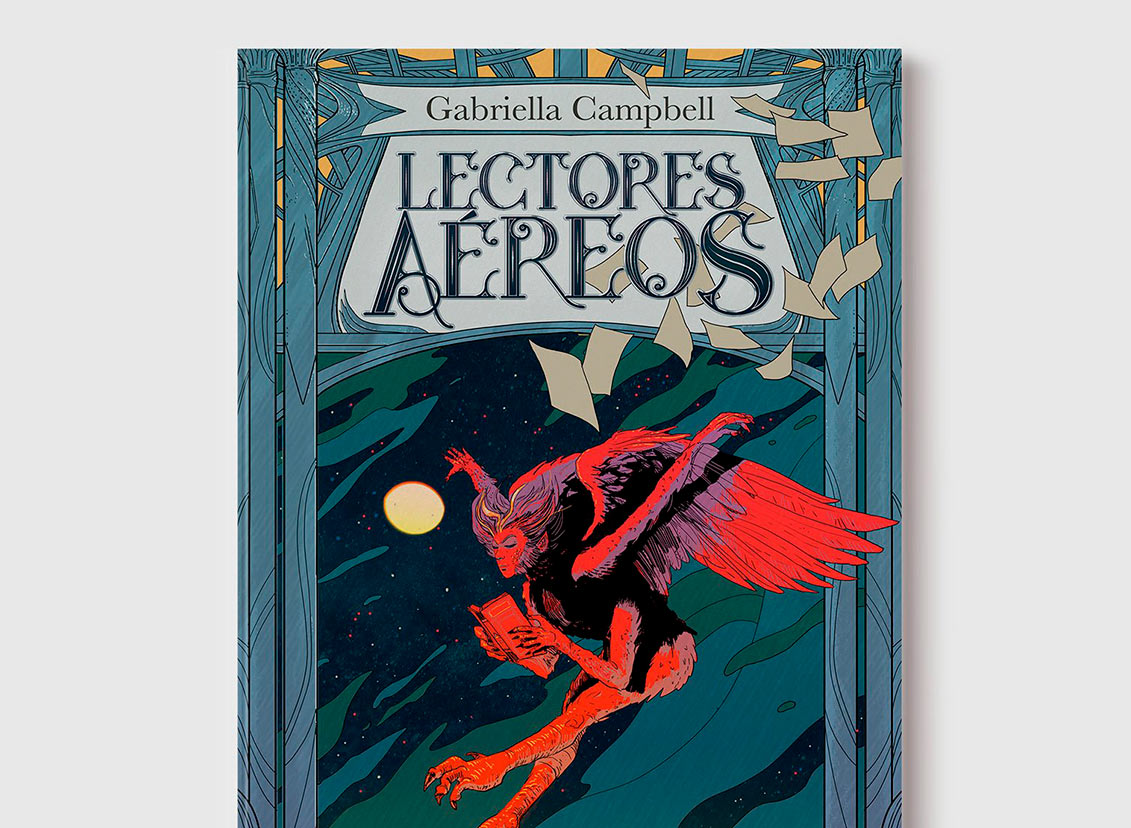 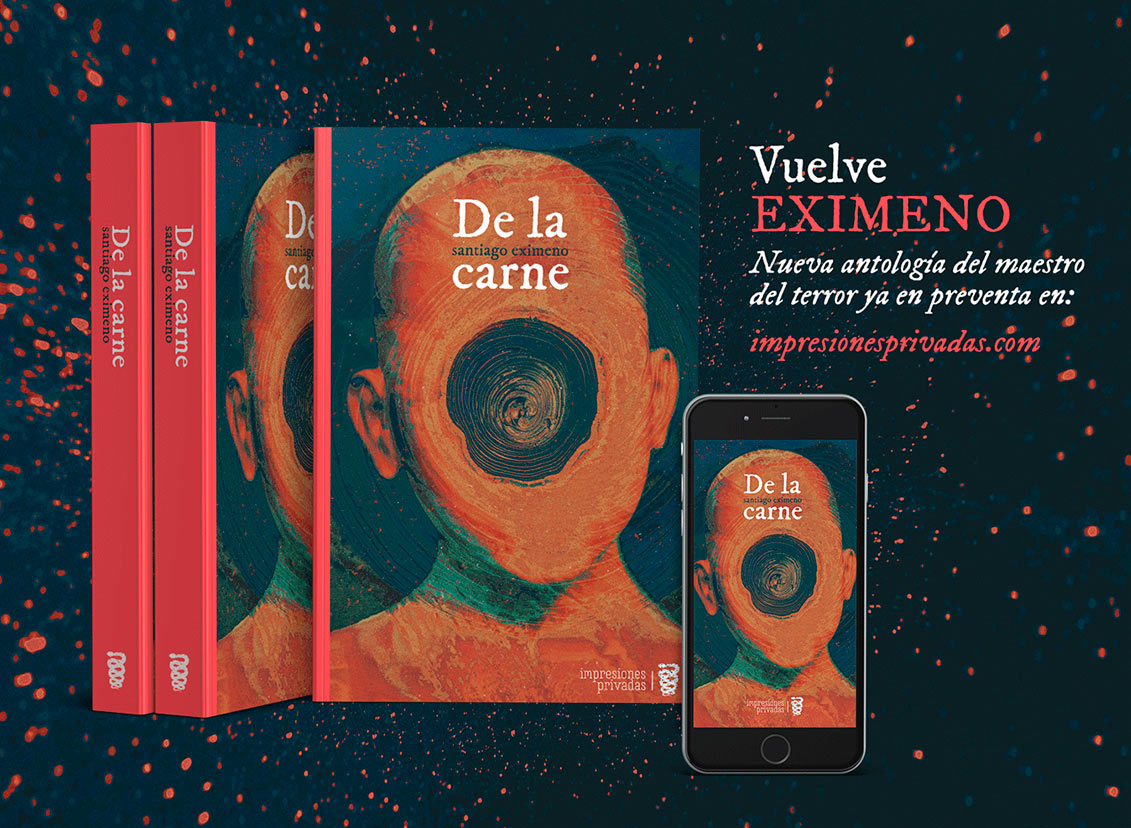 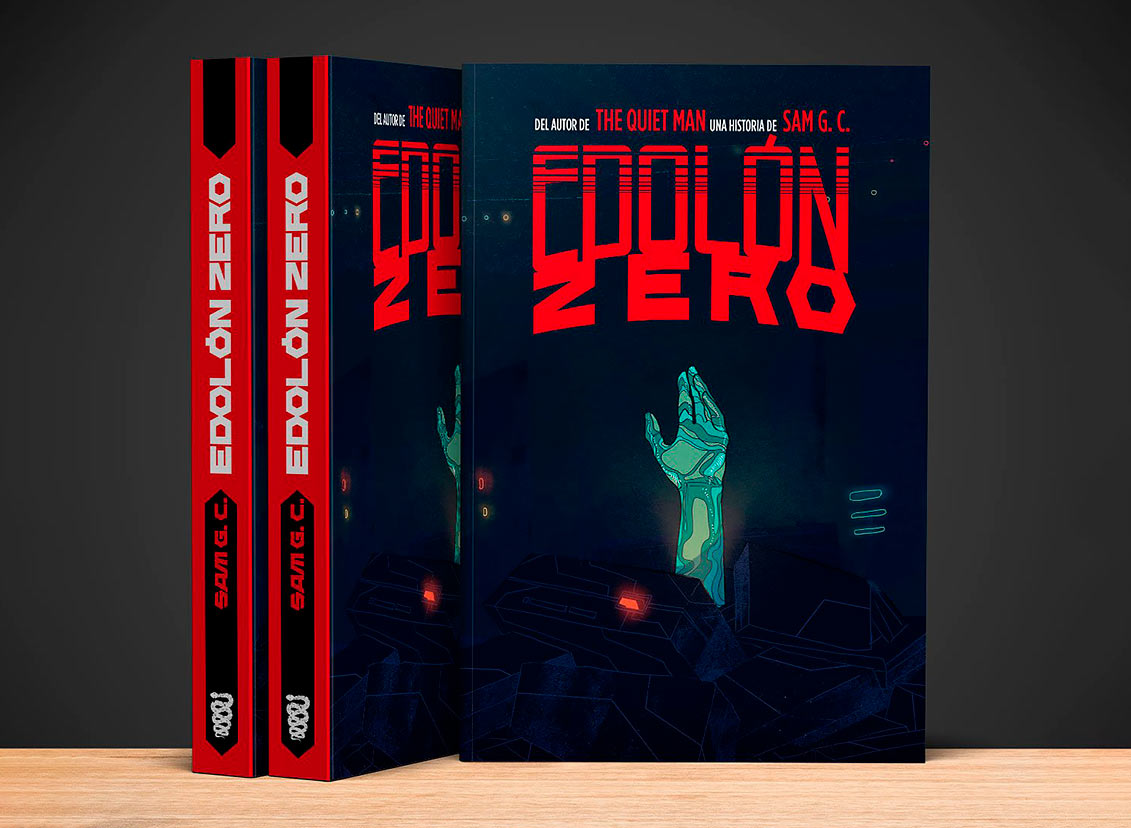 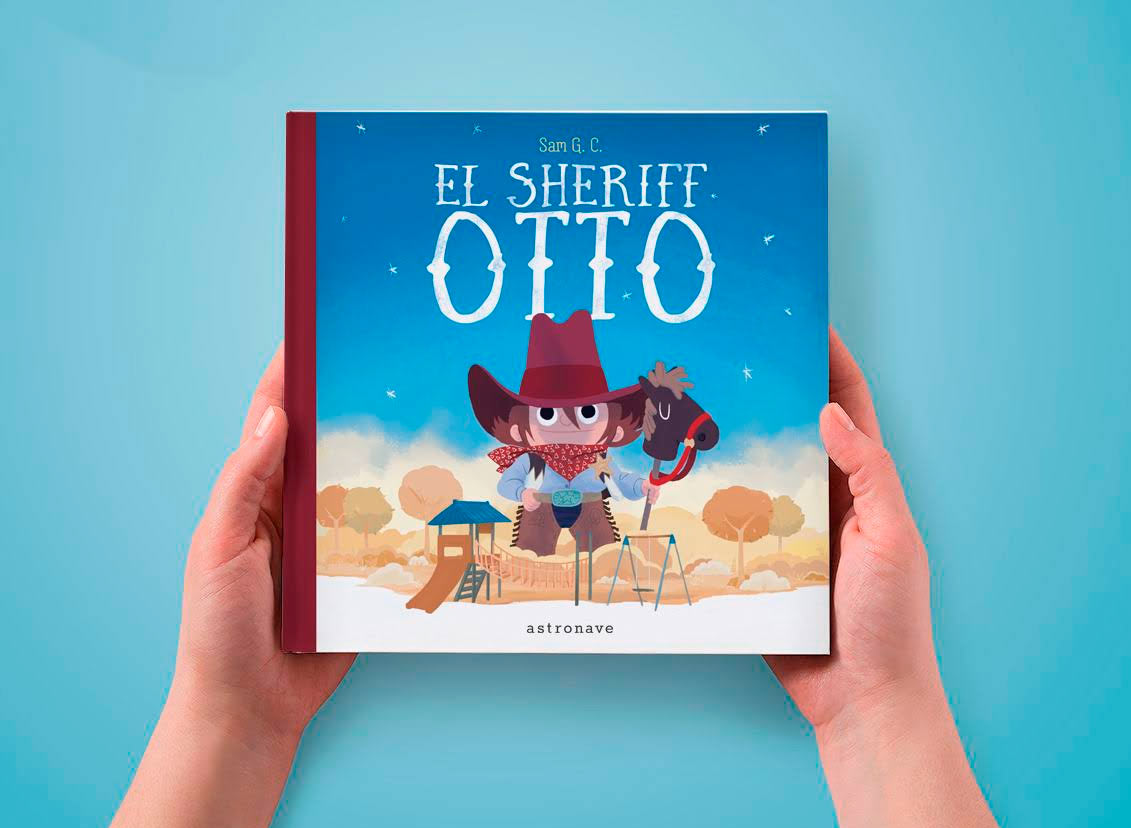 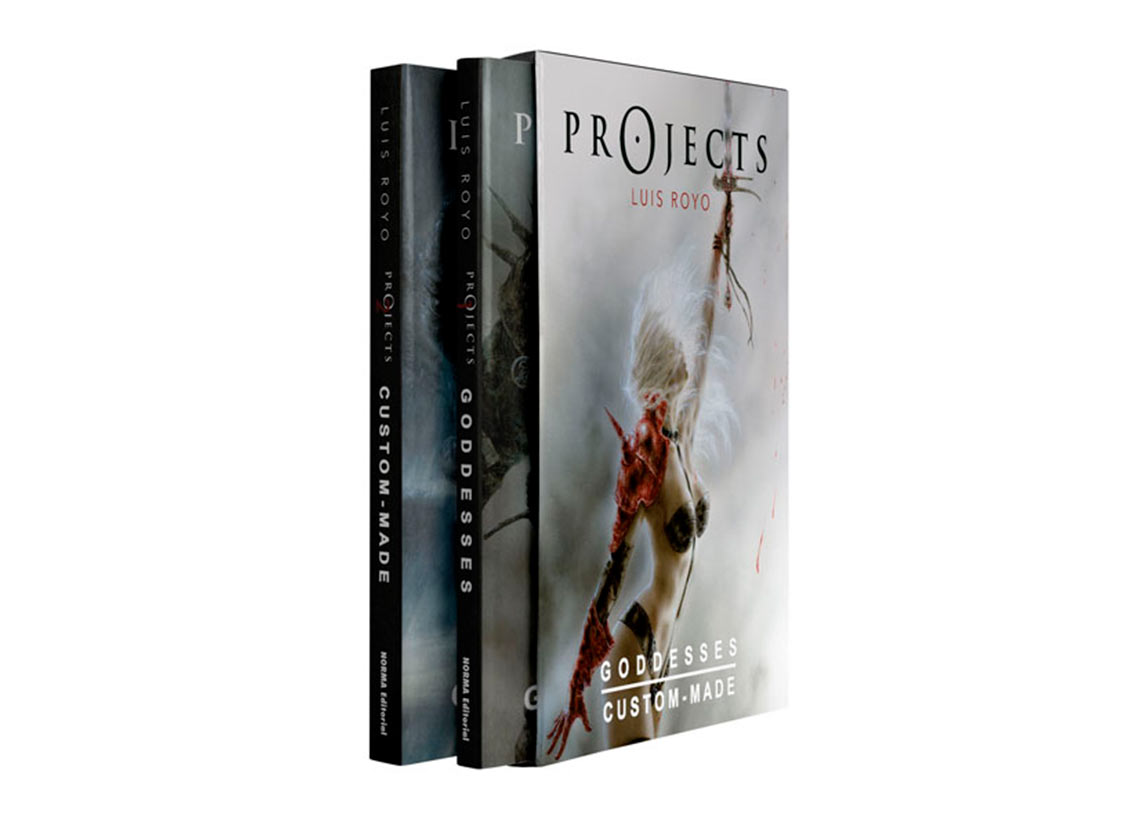 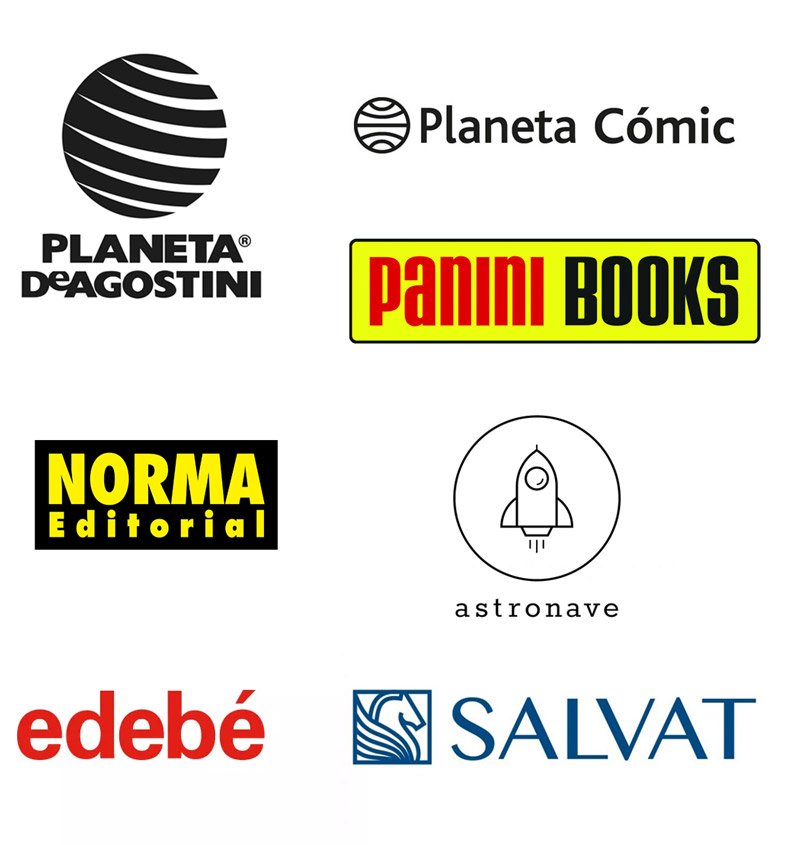 ,.After 5 years studying Graphic Design at Escuelas Profesionales Salesianas de Sarrià (1992-1997) that same summer I entered as a head graphic designer for the manga magazine NEKO for Estudio Fénix, (at that time called Camaleón Ediciones)

After one year, 12 magazines, and other works there such, catalogs, flyers, manga coloring covers and book design I move to Norma Editorial.

There, together with the head Director Óscar Valiente, we developed two magazines; the Official Dragon Ball GT  magazine (which Norma had licensed for one year/12 issues) and the famous magazine for kids ¡Dibus!, which I develop the characteristic design that later other kid magazines used in their publications. From magazine number 4 I had the help of two other graphic designers that worked under my wing, together we were a great team, and we could release the magazines always on time, even through sometimes it wasn’t easy. The magazine lasted 15 years in the market!

In Norma Editorial I designed a lot of other stuff such as hardcover books, tabletop and card games (that we released with the magazines), game guides, even logos for an animation series that Norma was building at that time.

Working in that fast paced rythm and in different projects at the same time gave me a lot of flexibility and speed in all the design and production.

After working almost four years for Norma Editorial I went freelance. I started working for the marketing agency IMAGO, which I develop a bunch of designs and products for labels such: MAYORAL, SALVAT, FILMAX ANIMATION and more.

Then I started collaborating with ESTUDI D’ART-TRES, an external editor from PlanetaDeAgostini. I worked in their office part time, and did other jobs meanwhile. For PlanetaDeAgostini we produced more than 500 different titles, doing logo design, digital retouch, designing covers and adds, scanning and editing comic pages and photographs, working aside with manga publishers as SHUESHIA or SHONEN JUMP. Titles likes Conan the Barbarian, Crying Freeman, Lone Wolf and Cub, Detective Conan, and most of mangas by Osamu Tezuka. There I learn a lot about doing logo design, and digital retouching. I also take part on some coloring covers such as UNTOLD TALES OF SPIDERMAN, for a six volume hard cover compilation.

Since 2009 I started my career as a comicbook artist publishing more than 500 pages in the french graphic novel market. Eventhough, I keep working as a freelance graphic designer as today for Norma Editorial, doing art books design or other publications. As well as lettering and retouching mangas for PANINI.

2016 was the year that my first antholgy as an author, self-published, was released. That made me create the sigil Impresiones Privadas, and the magazine TANTRUM. I took the role of Art Director and in every new publication that was released (15 in 2 years) I put in good use everything I learned about book, magazine, web design as well as my social network communication. Impresiones Privadas is my little train, my favourite playground and just recently I decided to release a self-publishing service: FLYING SOLO targered to new indy authors that needed to publish their work with a professional look, from the design to the final production. 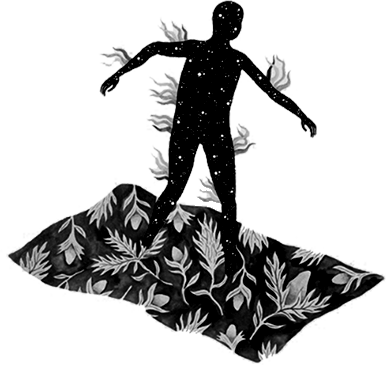